Plotting an Emergency Fix from the Sun 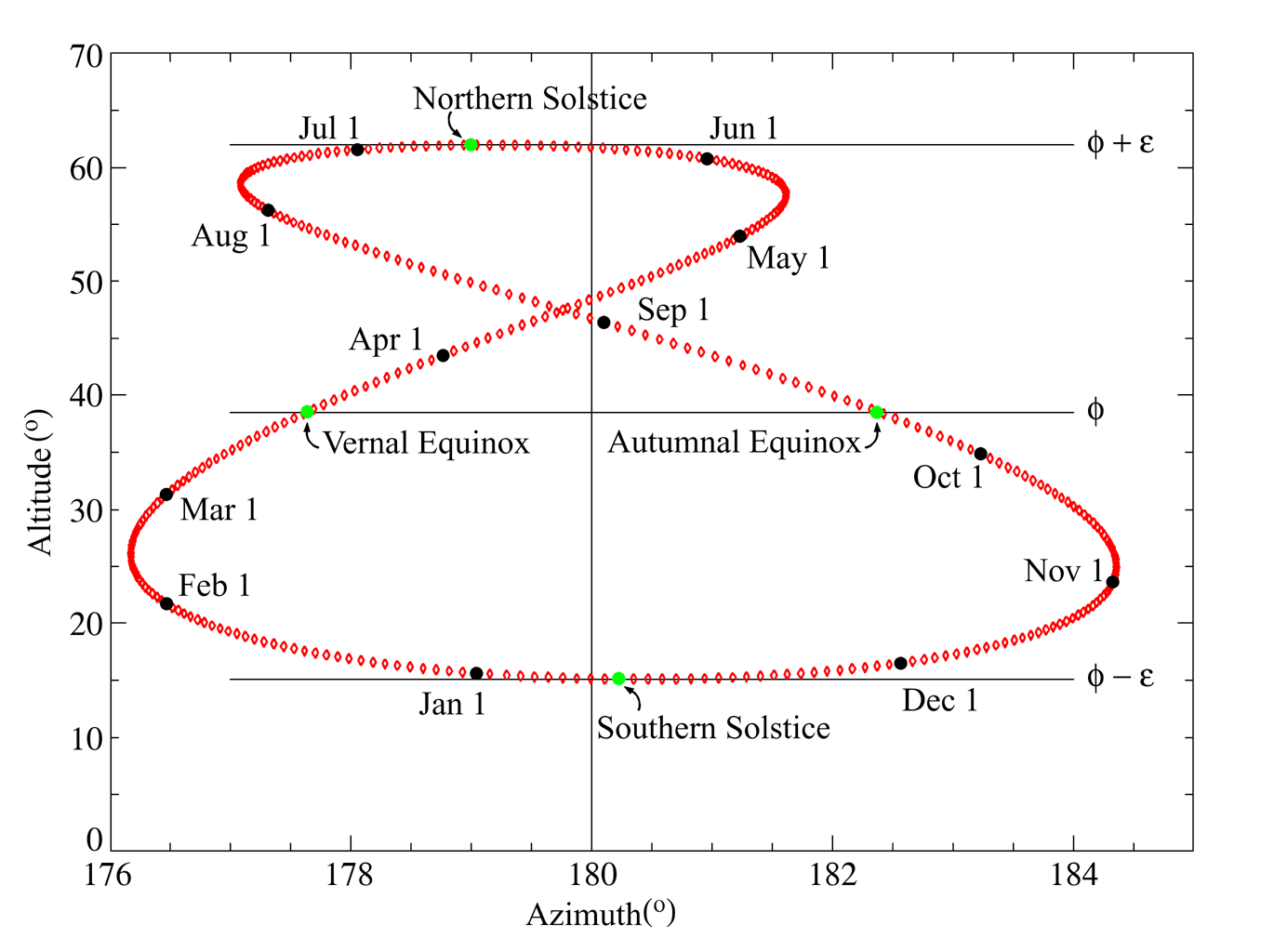 The emergency here is twofold. First you have lost all electronic navigation, and secondly you don’t know how to plot a celestial fix! Here then is how to do it (excerpted from a fifth grade course).

There are two things required to plot a fix: knowing where the sun is at a particular time (you do need a watch!), and knowing how far away from your overhead the sun is. You will also need to plot on a globe which takes all of the math out of it. Sure it is not very accurate, maybe 30 to 60 miles but hey, you’re not lost! It’s also a good way to learn the basics of celestial.

Where is the sun?  Using the analemma shown here, estimate the current date and read off the latitude of the point directly beneath the sun (it’s subpoint) on the vertical scale. Then reading the horizontal scale you will see how early or late the sun passes Greenwich in England. The positive numbers on the right are the minutes the sun arrives early. The negative numbers are the minutes late. Starting with the fact that the sun passes Greenwich around noon each day and travels 15 degrees of longitude per hour, you can use this correction to fine tune it’s longitude for your date. Plot this position on the globe.

How far away is the sun from your overhead?  The traditional way is to use a sextant which measures angles accurately. But in an emergency a simple yardstick may be used to measure the length of the sun’s shadow.

To plot a line of position (LOP), take these steps:

1. Using the analemma shown here, mark the sun’s position for the desired time of the LOP.

3. Draw the triangle to scale formed by the 36 inch yardstick, the sun’s shadow length and the connecting hypotenuse. Measure the vertex angle with a protractor. This is the anglular distance the sun is away from your overhead.

4. Go back to the globe. Using a string, measure this angle upwards from the equator. Say the angle was 25°.You would measure from the equator up to 25° north latitude. Holding one end of the string on the sun’s position mark, draw a circle using the string as it’s radius. This is a circular LOP on which you are somewhere located. Doing this process at a different time and a different sun position yields another circle which intersects the first one yielding your position.